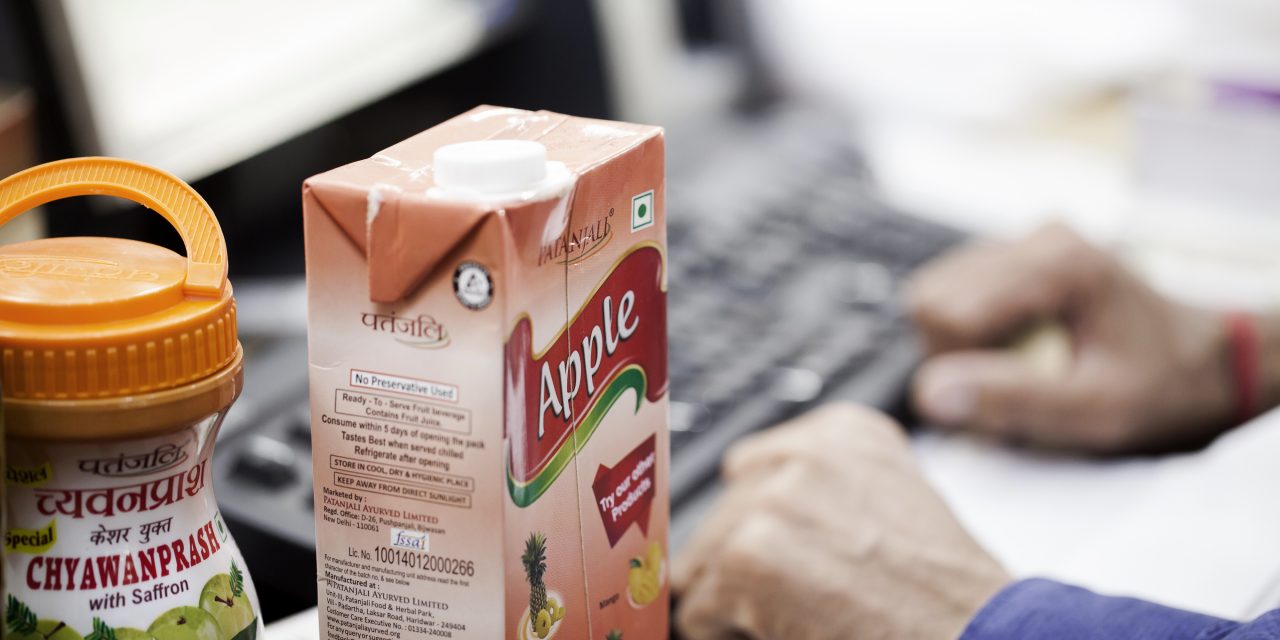 Patanjali was able to display high growth in a short span of time which, in fact, was the reason for great worry for many MNCs. But recently, the reverse or decline of Patanjali has also been witnessed. In a flat two years’ time, Patanjali’s sales have come down almost back to around INR 4500 crores. Why that has happened? Rajat Baisya traces those reasons here.

We all remember that Baba Ramdev came from nowhere and appeared on TV to teach and popularise yoga amongst the common public and masses. His yoga courses became so popular that people started yoga sessions in parks and public places and the Modi government now made yoga an international event. Ramdev through his yoga lessons tried to provide solutions and cure for all types of diseases that possibly a human being can suffer from. That gave him his initial capital in millions which has helped him to set up his ashram in Hardwar where people from different parts of the country come to camp and seek a cure for their chronic ailments by practicing yoga and yoga therapy.

Although the world-renowned yoga guru and teacher Late B.S Iyengar has said that Ramdev’s yoga teachings and postures are all faulty. But that did not stop Ramdev’s march ahead and pursue his dream. Unlike B.S Iyengar, who lived close to 100 years in great health and spirit and was a true teacher and practitioner of yoga having his schools and disciples world over, Baba Ramdev had many other ambitions that he was nurturing. Yoga was only an entry strategy for Baba Ramdev to realise his bigger and larger goals. 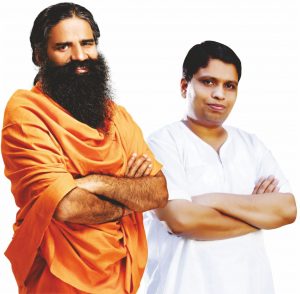 To give shape to his business interest baba’s disciple Acharya Balkrishna was roped in from nowhere who is an Indian billionaire of Nepali origin and is the Chairman of Patanjali. It was reported by Forbes that Acharya Balkrishna has a net worth of USD 6.1 billion as of March 2018.

Baba Ramdev was nurturing many ambitions including political as well as to become a successful businessman. He does not miss out on a single opportunity to give the public appearances and TV shows to get publicity. In pursuit of his business interests, Patanjali was formed initially for Ayurveda medicines but later on also into food in a big way.

To give shape to his business interest his disciple Acharya Balkrishna was roped in from nowhere who is an Indian billionaire of Nepali origin and is the Chairman of Patanjali. It was reported by Forbes that Acharya Balkrishna has a net worth of USD 6.1 billion as of March 2018. Much of his net worth is now on decline and erosion is quite noticeable.

Roping in Acharya Balkrishna who is head Patanjali which could ideally be Baba Ramdev himself helps Ramdev to keep his detached saintly yoga guru image while indirectly in control of everything. The purview of ‘Processed Food Industry’ limits me to focus on Patanjali’s food venture only. It is everybody’s knowledge that Ramdev is the face of Patanjali who himself is its brand Ambassador and is appearing in all TV advertisements and commercials for Patanjali products.

Ramdev has taken the offensive against MNCs saying they are selling products at a much higher price and taking away the money overseas and he is going to give them a run for their money. He declared that Patanjali’s sales turnover will soon overtake company’s like HUL, P&G, and Nestlé. MNCs got scared of his growth in sales and coverage of geographical territories pan India and setting up dedicated distribution infrastructure involving committed people who are committed to help him to realise his dream and at the same time also grow themselves.

Sensing the threat, all MNCs have now a portfolio of Ayurveda products in their food and personal care categories. And in fact, MNCs were able to launch a better product with better packaging than Ramdev’s Patanjali products. MNCs also have deep pocket to aggressively market those and fight with Patanjali’s products which are fighting only on the price front.

Patanjali was able to display high growth in a short span of time which, in fact, was the reason of great worry for many MNCs. And that gave immense pleasure to Baba Ramdev. Patanjali was growing from a turnover of INR 4000 crores to upto around INR 18000 crores in a very short span of time which has even surprised many analysts and that even helped Patanjali to be recognised in the global business community.

Baba Ramdev even got a ‘Businessman of the Year’ award two years ago and became part of the high profile Indian Industrialists that The Economic Times organised in their annual event every year. One thing can be witnessed that everywhere in public events that it is Baba Ramdev, who is invited and not Acharya Balkrishna indicative of the fact that Baba is managing everything and Acharya working in the shadow.

The way Patanjali was going up and up in a short span was a matter of concern for MNCs and that was a challenge for them to put their act together to face the challenge. But in a short span of time, the reverse or decline of Patanjali has also been witnessed. In a flat two years’ time, Patanjali’s sales have come down almost back to around INR 4500 crores. Why that has happened? Let me trace those reasons here.

The unprecedented growth was too much to handle by the management in the first place as it has created a lot of complexity and challenges in the market place to manage. Acharya on one occasion, when asked, has accepted this fact of management crisis to face that challenge and that has turned out to be an unsustainable growth for Patanjali. What are those challenges of unprecedented growth? They are many, including manufacturing complexity, as most of the Patanjali products are contracted out and controlling those became an issue.

The quality issue became another big problem as people have identified Patanjali products as poorer in quality although sold at a lower price. Earlier there were people who shifted to Pantakali products on price reason. A major chunk of them realised that poor quality at a lower price is not that worth and they shifted back again.

The third reason is the distribution which is a dedicated distribution infrastructure consisting of loyal Ramdev followers but they soon realised that they earn much less when compared with their counterpart in MNC distribution and Patanjali cannot give a better distribution margin as the products’ price is low leaving thin margin to be spent on marketing, promotion, and distribution. This has created a problem for Patanjali and many distributors have left them.

Retailers and distributors are seen to be complaining that Patanjali is not addressing customer complaints and not taking back unsold and out-of-warranty stock. Patanjali started opening their own retail stores, but own retail stores for one company products can only be sustained if sales volume is high. Otherwise, it will only help in the promotion of the product. Sheer cost pressure made many of those retail stores unviable. It can be noticed that even two years ago TV channels were dominated by Patanjali products’ advertisements. Now their exposure in terms of TV and Press media advertisements has declined a lot. Because Patanjali cannot afford it.

Patanjali is also not seen to be following the regulatory guidelines and stipulations. In terms of declarations on product labels and on account of false claims and misleading advertisements Patanjali has been in the news on many occasions. Even fined by FSSAI. Advertisement Council of India has many cases against Patanjali for misleading advertisements tantamount to unethical business practices. And to top it all Patanjali has reportedly financial difficulties, of late.

All these factors collectively have impacted Patanjali’s performance negatively leading to their downhill journey and as it happens. The downhill journey always is much faster than the uphill, we are witnessing the faster decline of Patanjali.

What is the lesson that we learn from Patanjali again? That ambition is good but unrealistic ambition can lead to many complexities and many of those can be unmanageable which exactly has happened to Patanjali. They need to develop a sustainable strategy again and follow prudent business practices to deliver expected performance. This is more important than showing unrealistic and unsustainable growth. 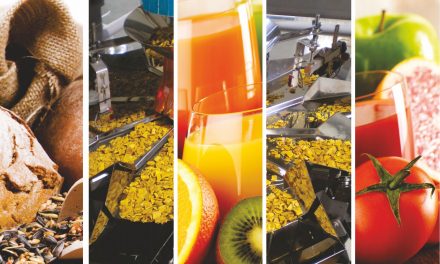 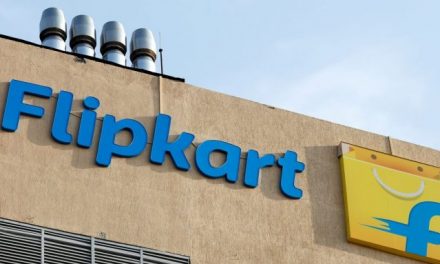 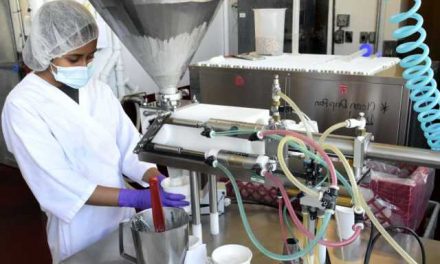