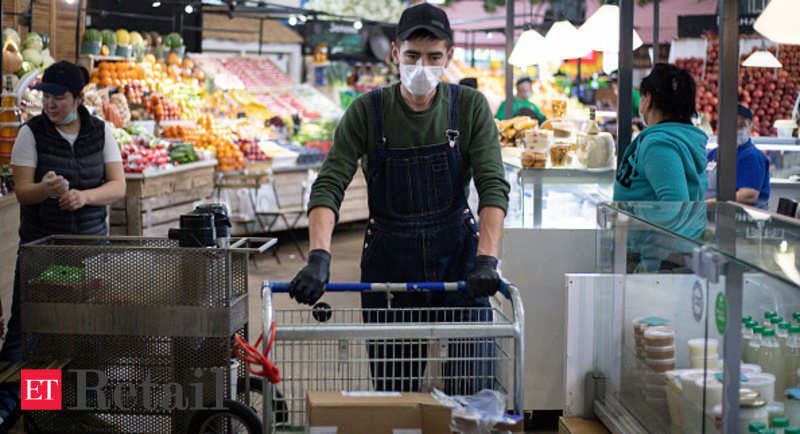 LONDON : Britain’s grocery sales growth slowed to 8.0% year-on-year in August, the lowest since April, hurt by a state-funded scheme designed to get people to return to pubs, cafes and restaurants during the COVID crisis, industry data showed on Tuesday.

Market researcher Kantar said fewer meals eaten at home meant UK shoppers spent 155 million pounds ($200 million) less in supermarkets in August compared with July, as the “Eat Out to Help out” scheme ran throughout the month and some aspects of pre-pandemic life resumed.

“Grocery growth tailed off in August as the government’s Eat Out to Help Out scheme got underway and people were encouraged to return to offices and resume normal routines,” said Fraser McKevitt, head of retail and consumer insight at Kantar. Over the 12 weeks to Sept. 6 grocery sales rose 10.8%, with many households still working from home. Kantar said online grocery sales rose 77% year-on-year in August, bringing the cumulative increase in orders to 3.2 billion pounds ($4.1 billion) since lockdown began.

Online pioneer Ocado was the fastest growing grocer over the 12-week period with sales up 41.2%. Of Britain’s big four supermarket groups, Morrisons, the No. 4 player, was the best performer with sales up 12.9%. Market leader Tesco saw growth of 10.5%, while Sainsbury’s sales were up 8.0%. Walmart owned Asda was again the laggard with growth of 6.3%. Sales at the Co-operative Group rose by 13.4%, but increased by more than double that rate in northern England, where local lockdowns meant consumers continued to shop closer to home. Kantar said grocery inflation over the 12 weeks was 2.3%, with prices rising fastest in markets such as ice cream, colas and fresh bacon while falling in fresh poultry, vegetables and toilet tissues. 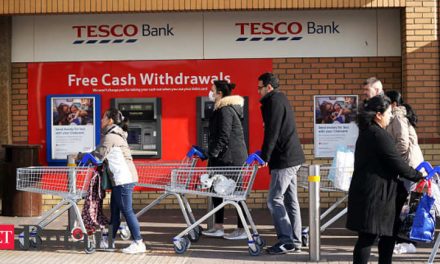