Food Colours – Why Do We Need Them? 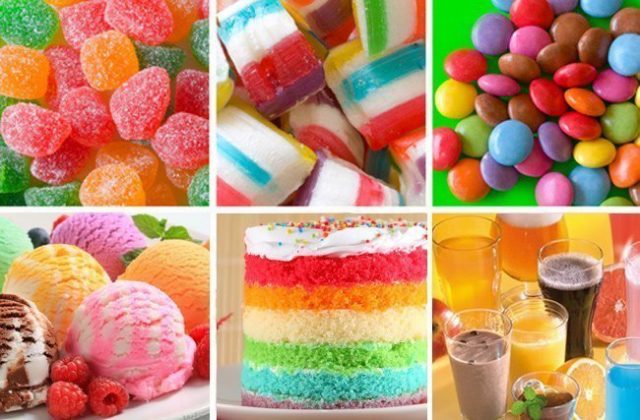 Food colours serve as a vital marketing tool to ensure that the product has consistent consumer appeal. Food colours are used to restore the appearance of a food/drink after processing and also to help to maintain the particular shade of a product, explain DN Yadav, GK Sharma and AS Bawa

Food colours serve as a vital marketing tool to ensure that the product has consistent consumer appeal and are also important to support flavour association. Food colours are therefore used by manufacturers to restore the appearance of a food/drink after processing and also to help to maintain the particular shade of a product for the duration of its shelf life. For the manufacturers, it is a fine balance to provide vibrant appealing colours that do not look either artificial or too dull as consumers and retailers are not prepared to compromise the visual appearance of their food and beverage.

Food colours can loosely be categorized as artificial food colours (colours that have been chemically synthesized) or natural food colours. Historically the use of food colours centred on synthetic one. However, as technology has evolved, a revolution in the availability of natural colours has taken place, which can offer equal stability to their synthetic counterparts in a wide range of applications. Natural food colours have always been part of the diet. They have been isolated and added back to foods for the same reasons as the synthetic / certified colours. Chlorophyllls, carotenoids and anthocyanins are consumed in the foods through our diet. Common natural colourings include annatto, saffron, paprika, grapes skin, caramel, beetroot, cochineal and turmeric (Table 1). According to PFA (2007), the following natural colour principles whether isolated from natural or produced synthetically may be used in or upon any article of food.

Natural colours having low tinctorial strength need to be used at higher levels than their synthetic counterparts. As a consequence, they may unexpectedly change the texture, odour or flavour of the food. They are less stable and less consistent, causing the food at times to be unacceptable to the consumer. Natural colours are, in comparison to synthetic colours, often more dull, more pastel and more easily affected by the food matrix, pH, salt, vitamins, flavour and other factors. They are also more likely to be contaminated with undesirable trace metals, insecticides, herbicides and bacteria. “Natural” colour additives are generally considered colour additives derived from plant or animal sources by extraction or other physical processing. The natural and synthetic colour additives are subject to the same safety standards under the regulatory scheme in the US Food, Drug and Cosmetic Act. The US Food and Drug Administration (FDA) (Hallagan et al, 1995) regulate these in two classes. In general, the synthetic colour additives are subjected to a certification requirements to assure that each batch of material manufactured meets the standard specifications while the natural colour are “exempt” from certification and may be manufactured and marketed without certification of FDA.

Carmine is dark red colour additive obtained by aqueous extraction of cochineal, which is derived from the dried bodies of the gravid female insect Coccus cacti. It is an anthraquinone, which forms part of a group of pigments known as the quininoid. Different species of coccid insects are associated with different cochineal colours. Carmine is a complex of carminic acid with various metals. Aluminium is the metal usually used in the commercial preparation of the carmine. The intense red colour of carmine makes it a popular colouring agent for jams, syrups, preserve, confectionary and baked goods. Variations in the ratio of carminic acid to aluminium also produce range of colours from pale “straw-berry” to near “black current”.

Carmine is widely consumed in foods and beverages and has been rarely implicated in adverse reactions. Acero et al. (1998) reported that IgE-mediated allergy might occur by the consumption of carmine, due to the presence of protein residues. Once IgE sensitization to these carmine proteins occurs, the level of exposure to these residual proteins through carmine-containing foods and beverages may be sufficient to elicit allergic reactions. Kagi et al. (1994) reported an anaphylactic reaction in a 34-year-old female atopic patient after ingestion of an orange beverage, which contains carmine.

Symptoms like urticaria, rhinitis, nausea, vomiting, asthma, chills and diarrhea were observed. Skin prick tests to the orange beverage, carmine and cosmetics containing the dye were positive and were considered an indication of carmine specific IgE-mediated allergy. Beaudouin et al. (1995) described a reaction to carmine in a 35-year-old woman after she ingested yoghurt that contained mixed fruits. Approximately after 2 h of the consumption she experienced symptoms of anaphylaxis including generalized urticaria, angioedema (localized swelling) and asthma. Six weeks after the skin prick test was performed using the yoghurt, which she had consumed the day of her reaction and carmine, both skin prick tests were positive. A leukocyte histamine release test was also performed using the patient’s blood basophils to determine if exposure of these cells to carmine would elicit the release of histamine.

Annatto is an orange yellow coloured carotenoid derived from the pericarp of the seeds belonging to the small shrub Bixa orellena. The shrub is mainly found in tropical countries such as Brazil, Mexico, Peru, Jamaica and India. Annatto is basically a mixture of two compounds, bixin and norbixin. Bixin is the monomethylester of a dicarboxylic carotenoid and major component of the annatto. Alkaline hydrolysis of the bixin yields the free acid norbixin and is the minor component of annatto (Marmion, 1991). Annatto is prepared by leaching the annatto seeds with an extractant prepared from one or more food grade materials such as various solvents, edible vegetable oil and fats, alkaline aqueous and alcoholic solutions (Marmion, 1991).

Nish et al. (1991) reported an anaphylactic reaction in a 62-year-old male after ingestion of fibre one cereal, which contains, wheat bran, corn bran, aspartame, corn syrup, vitamin A, C, D, B6, B12, B1 and annatto extract colour. The patient within minute showed symptoms of anaphylactic shock, including generalized pruritius, urticaria, angioedema of the eyes and lips and loss of consciousness. Skin prick test to milk, corn, wheat were negative. For annatto, the skin prick test at the 1:10,000 dilution was negative while the 1:1000 dilution and full strength tests were positive.

The patient’s serum was also found positive for the presence of an annatto specific IgE. This was the first report of anaphylactic shock due to the ingestion of annatto. However, Fuglsang et al. (1994) conducted a large clinical study of the prevalence of adverse reactions to food additives including preservatives, natural colourings, synthetic colourings, flavouring and acids and reported that out of 16 children two reacted positively to the natural colouring capsules, which contained a mixture of 2.5 mg/100 ml turmeric, 1.6 mg /100 ml annatto, 6.0 mg / 100 ml beta-carotene, 1.0 mg / 100 ml canthaxanthin and 5.5 mg/100 ml beat colouring. The first patient experienced atopic dermatitis, while the second reported symptoms of urticaria. Because a mixture of colourants was employed in the capsule challenge, the role of annatto in the two positive reactions remains unclear.

Turmeric is a fluorescent yellow coloured extract obtained from the root of the Curcuma longa. The extract actually comprises three pigments, curcumin, demethoxycurcumin and bisdemethoxycurcumin. The major pigment is however water insoluble curcumin. It has been reported that a water-soluble complex may be obtained by reaction of the pigment with metals such as zinc chloride (Humphrey, 1980). The major disadvantages of using turmeric or curcumin are that they impart a characteristic odour and sharp taste to the foodstuff to which they are applied. However, after deodorization process, the odourless commercial extract generally finds application in food products such as soups, mustard, pickles, confectionary and canned products.

atopic dermatitis and urticaria were reported. But it was not clear to determine which of the natural food colourants may have triggered the adverse reactions. Veien et al. (1987) were also conducted orally challenged clinical trial with a capsule containing a mixture of food colouring including 11% curcumin and observed that the number of re-

actions to the capsule containing the food colouring mixture was not statistically significant. Thus no convincing evidence exists for allergic reactions to turmeric/curcumin.

Saffron is one of the earliest food additives. It is a water-soluble extract obtained from the stigma of the flowers of Crocus sativus. The saffron extract is made up of water-soluble crocin and fat-soluble crocetin. The major component of the saffron is crocin, which is the digentiobioside ester of crocetin (Farrell, 1985). Its high cost makes it expensive. It is therefore usually added to the foodstuff as spices such as curry products, soups, meat and certain

confectionary goods where a spicy flavour is desirable while at the same time to enhance the yellow colour of the product.

Anaphylactic reactions after ingestion of a meal of saffron rice and mushroom were reported in a 21-year-old atopic farmer with mild atopic dermatitis and allergy syndrome (angioedema and itching confined to the face, mouth and throat) (Withrich et al. 1997). Skin prick test was performed using rice and saffron. It was observed that rice had negative, whereas saffron gave a strongly positive result.

Anthocyanins are widely distributed in the plant kingdom and they are basically glycosides (associated with a sugar moiety) in combination that produces red, blue or purple colouration in a variety of fruits and vegetables. The major source of anthocyanins is still the grape skin and products of the vine industry obtain nearly all the commercially available anthocyanins, known under the generic name of enocyanina from the grape skin. Water-soluble pigments such as 3-mono and 3,5-di-glucosides of malvidin, delphinidin and cyanidin and their acylated derivatives are responsible for the purple colour of grape colour extract (Marmion, 1991).

Despite, widespread use of natural colourants in food products, few reports of allergic reactions following ingestion has been reported for the some natural colour additives. Numerous reports of reactions to grapes or grape products have been reported in the literature, but no reports of sensitivities to grape skin extract were found. Very few reports for turmeric, annatto, carmine and saffron were reported, however none gave conformity. Keeping in view very little adverse effect of natural colours on human being, it may be concluded that natural colours are safe and could be used into processed foods in place of synthetic ones to enhance the appeal of the processed foods. o 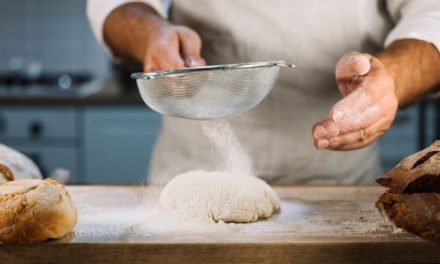 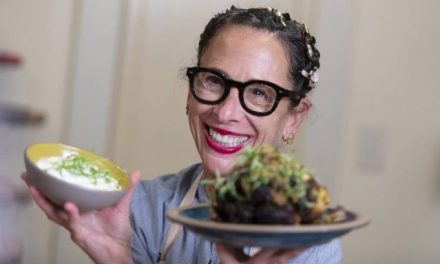 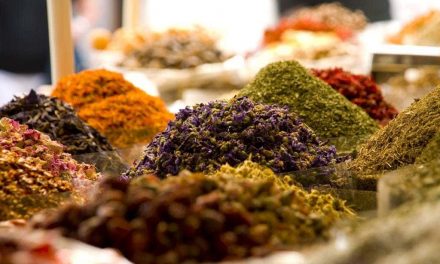 Impact of the pandemic on spice trade in India 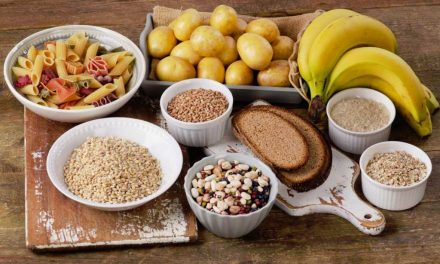