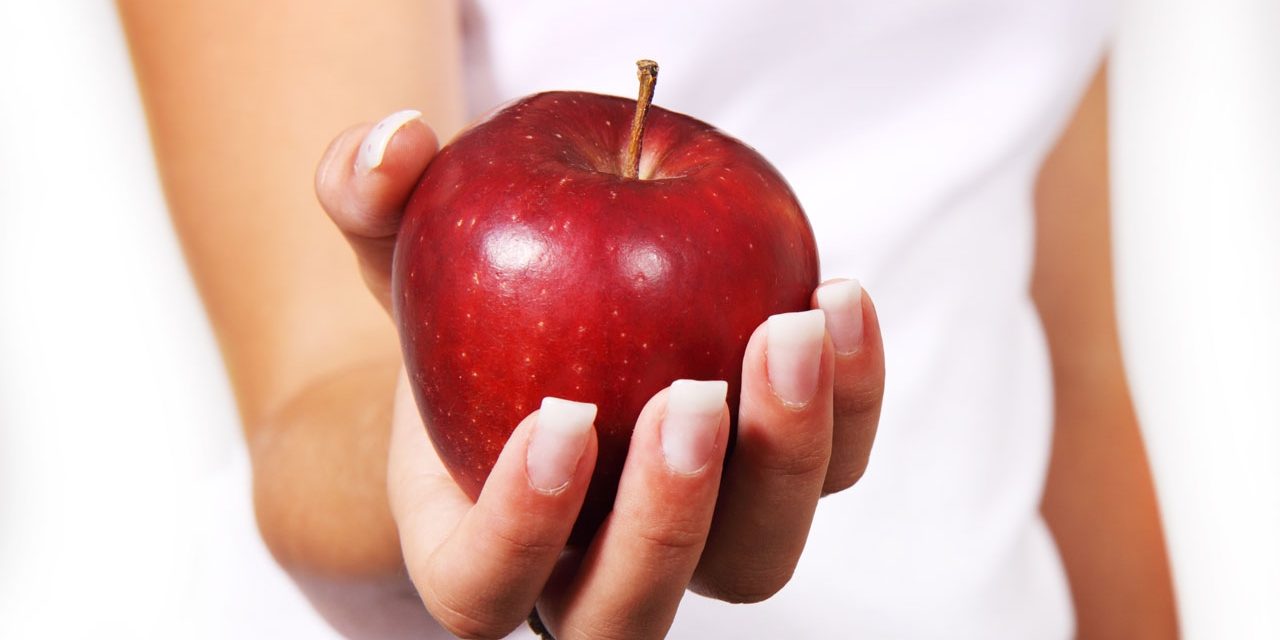 The whole country loves apples: of the 400 thousand tonnes of fresh fruit imported to the country this season, 250 thousand tonnes were apples. With the ban on Chinese apples still on and a higher Custom duty on American apples, apple importers from Poland are optimistic about entering and making a name in India. A report.

India’s middle class is looking for healthy eating alternatives and do not mind spending a bit more to get what it wants. As a result, fresh fruit consumption in the country is moving at a rapid pace. Since domestic fruit supplies cannot quench the high demand, the country has to look at imports. With the improvement of logistics facilities and new investments in modern equipment, India’s metros have been importing apples and oranges.

The US has been a major source for apples, for example. India used to have around 45 per cent of its imported apples shipped out from Washington, 45 per cent came from China and the rest from Chile or New Zealand. But this winter the situation could be different. According to Amit Gidwani, Co-Owner G T Fruitech Pvt. Ltd., and General Secretary, Fresh Fruit Importers Association, Delhi, as well as a Polish apple importer: “India imported around 400 thousand tonnes of fresh fruit this season in which more than 250 thousand tonnes were apples, followed by citrus, kiwis, pears, etc. So, we can say that the share of apples is more than 60 per cent of the total fresh fruit import in India.

Manoj Lookhar, Market Specialist with Apple Factory Świeży owoc, Poland, could not agree more: “Since apple production in India does not cater to the whole population, a major exporter of apples to India will be Poland. Europe, USA, and Oceanic countries seem to be more logical to cater to needs of the population.” He also mentioned that “India is one of the largest importers of exotic and soft fruits from all over the world” and among them “apples are popular in India”.

Further, the Indian apple market is now under even greater pressure, because India and America have started a trade war. This has further upset the Indian apple market. Since domestic production is insufficient, to meet the demand, India has to depend on apple imports. The notification dated June 20 specified that import duty on apples imported from US would be 75 per cent, while those from other countries would attract 50 per cent duty. 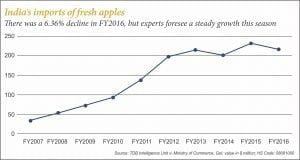 Amit Gidwani pointed out that “this year American apples were at a huge advantage in the Indian market due to the ban on Chinese apples. This was evident from the fact that around 8000 containers of American apples in total had been shipped to India this season in comparison to just 4600 containers last season.” He went on to say that “the ongoing trade war had compelled the Indian Government to raise Custom duty on American apples from 50 to 75 per cent w.e.f August 4, 2018”. He tipped off that if things were “not sorted out, it would definitely leave a huge gap for other countries to enter and capture the market, especially when the ban on Chinese apples is still in place”.

It will be an opportunity for Poland’s apples to enter the market, said Manoj Lookhar. What is going right for the Polish produce is that the apples are of much higher and better quality than American apples. He emphasized that the trade war started by US was “an opportunity for Polish suppliers to capture India market”. 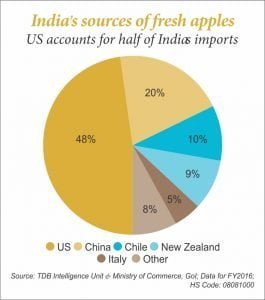 Amit Gidwani agreed with the fact that “the increase in Custom duty on American apples and the current ban on Chinese apples definitely provides room for more apple imports from other countries like Turkey, Poland, Belgium, Italy, Chile, New Zealand, etc. If we compare, I see more potential for Polish apples in the Indian market as their prices are more competitive in comparison to Western Europe and the quality is no less”.

He held out a word of caution: Polish exporters, he said, would “really need to work hard on packaging as their counterparts in Western Europe definitely have the advantage of better packing facilities. So, to capture the Indian market, Polish suppliers need to be fast to react and fill the gap, with their aggressive pricing and maintain quality and packaging standards”.

Today, fruit suppliers are still trying to figure out where they need to tap into to cover the volume they would handle from China. A big change this year is that there certainly will be room for new suppliers.

Last year with apples coming in from China, the US and everywhere else, India imported about 10 million boxes of apples. Indeed, an incredibly large market! So, there’s enough room for everyone if they can get their act together in terms of grades supplied, packing and promotions.

“The Indian market is a huge and very dynamic and rapidly growing market due to its consumption but is also a very demanding market. We started our research by making three trips to India last year, since the 2017 harvest, because we felt that the China apple ban will give Polish apples an advantage, but things worked in the other way due to the low harvest and high prices here in Poland and a bumper harvest of Indian domestic apples,” explained Ramesh Aniruddh, CEO of LVMG Grupa Sp z o.o. 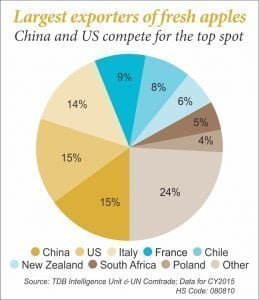 “There is stiff competition for apples from other exporting countries. There are rumours that the Chinese ban will be revoked soon and the entry of Argentina will only make it an even wider market for imported apples. However, I think that if we market Polish apples like Washington apples, we can surely have a set and standard market like the Washington apple range. They market their products in a fantastic way, which has made it a preferred import and has set the pricing standard for other varieties as well,” said Ramesh.

“We had some of our then prospective clients visit Poland last year and we took them for a tour around Grojec, to see some packing houses and fruits. They were really pleased with what they saw and we were hoping to start orders from December 2017 onwards, but there wasn’t much room for Polish apples to enter after a good domestic harvest and low Red Delicious prices coming out of the USA,” Aniruddh said.

The situation forced Aniruddh to rethink the selling strategy, by cutting costs wherever possible, such as changing the packaging from an 18 kg bushel to a 13 kg open wooden box. “We avoided varieties like Royal Gala and Red Prince, introducing cheaper varieties like Idared and Gloster (with 90-100 per cent colouration). These were new varieties to the Indian market, so we had to do a bit of convincing in getting our clients to buy them, but once they did, I can proudly say that we have made Idared and Gloster popular in India,” said Aniruddh.

Import duty on apples in India is one of the highest in the world. This high duty has been worked out in the interest of domestic apple producers. But if one looks at it from the consumer’s point of view, they can surely benefit if tariff rates are lowered, thereby boosting the apple imports business. Low tariff, as of now, looks like a distant dream. But then, the import duty on apples is also not going to go up further anytime soon.

“The government has received requests from several quarters, including public representatives, for increasing import duty on apples. The present import duty rates for apples is 50% which is also the bound rate of duty agreed to in GATT/WTO. As such, there is no scope for further increase in tariff rates without further negotiation under the WTO regime,” said Commerce and Industry Minister Nirmala Sitharaman in her reply to a question on imports of apples in Rajya Sabha recently. That certainly makes for good news for importers of apples.

This article was first published in the August 2018 issue of the print version of “Processed Food Industry” (monthly) magazine. 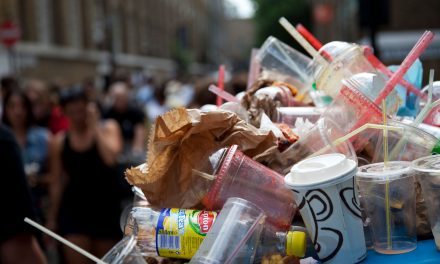 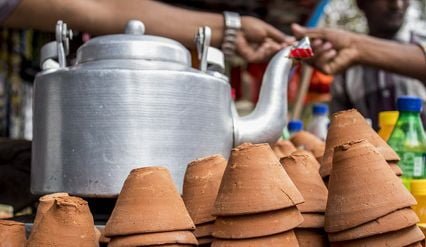 Tea Board’s no to extra colour or additives 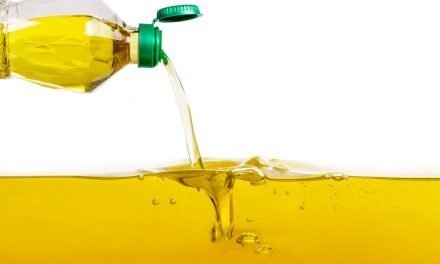