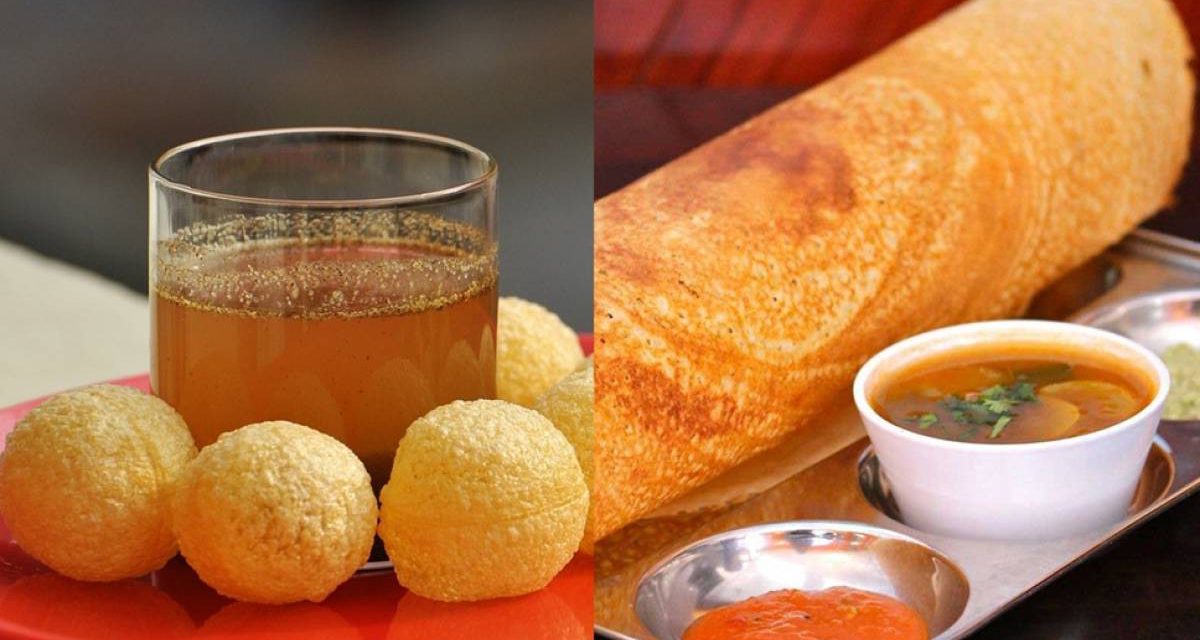 Panipuri and Samosa are varieties of traditional Indian Ready to Eat Foods (RTE). The purpose of this study is to increase the food safety knowledge of RTE foods, write S K Saxena and P. Senthilnathan

In India, vast varieties of traditional ready to eat (RTE) food are prevalent. The purpose of this study is to increase the food safety knowledge of RTE foods. Center for Analysis, Research and Training (CART), Delhi conducted a study of Peroxide value of Samosa and Microbiological quality of Panipuri sold in Delhi. These dishes are considered to be popular North Indian late evening dishes. With vast changes in the social and cultural milieu, eating out is here to stay in a way increase in buying power and long hours spent away from home make eating out a necessary part of people’s daily life. With per capita income rising, most families in Delhi, Mumbai, Bangalore and Kolkata prefer eating out.

Consumption of Samosa leads to the formation of acidity and gas is not uncommon. Similarly, consumption of Panipuri leads to stomach upset, sometimes dysentery, bloody diarrhea & vomiting etc due to the presence of pathogenic organisms like E.coli and other coliform group of organisms. E.coli is a germ that causes severe cramps and diarrhea. E.coli have been implicated as agents of the diarrheal disease since the 1920s. The symptoms are worse in children and older people, and especially in people who are already suffering from other illnesses.

(Pani Puri masala-Mix 1/4 tsp chilli powder, 1 tsp cumin powder, 1 tsp kala namak, 1 tbsp tamarind pulp & a pinch of salt). Gol gappa is prepared by Wheat floor / Sooji mixed with water, thin small round shaped puri made and deep fried in hot oil to puff until it becomes gentle brown. Chickpeas are washed and soaked overnight. The next day it is boiled in a pan or pressure cook with water and salt, until soft. It is drained and kept aside. Salt and chilli powder is added to the potatoes and mixed in the chickpeas and the bean sprouts, if using. One, then, makes a hole on one side in each gol gappa, and fill it with a teaspoon of the potato mixture. It is topped with a little mint and tamarind chutney. To eat, each gol gappa is dipped into the prepared water and served.

Stuffing: Onion & tomato are fried in oil in a pan. Turmeric powder, Chilli powder, coriander powder are added and later fried for a little while then boiled and partially smashed potato is added and mixed well. Then it is fried for a few minutes. Maida is mixed with water to get tight dough to prepare thin, round slice. Then it is folded to cone shape & the stuffing is filled in the cone. The bottom is closed and sealed by moistening and pressing the edges. Samosas are deep-fried in hot oil for few minutes to half boil and then removed; when customers place an order, the half-boiled Samosa once again is deep-fried in hot oil until the gentle brown color is obtained.

The high peroxide value found in Samosa is due to frying it in repeatedly heated/used oil and prolonged exposure of oil in air leads to oxidation.

The occurrence of Coliform and E.coli were analyzed in Panipuri. The puri is deep-fried in hot oil; Potato pieces & Chenna were boiled, so they are safe. The source of Coliform and E.coli is possibly, while preparing the red chutney and green water and serving food by direct bare hand. The “panipuri” from India is a unique “hand to hand” method of serving in which the vendor presses the puffed puri with the thumb to make a hole and dips it into a vessel containing masala pani, handing it over to the customer and repeating the process several times

The other possible route is water being used in preparing green water. Another reason was found, in order to serve it chilled, the vendors add ice cubes to the green water which is prepared from unhygienic water, sold in roadside, transported through bicycle, rickshaw / open tri-wheelers and is covered by dirty gunny bags (Jute bags). The ingredients in green chutney are fresh Mint leaf, coriander leaf etc. This is also one of the possible route of contamination; in the field, to get better yield, farmers add natural manure like cow dung etc. to these crop, improper washing of leaf before using it in food leads to contamination.

A recent out break of E.coli was occurred in Los Angeles. The spinach, grown in California, could have been contaminated in the field or during processing, according to the federal Disease Control and Prevention. A total of 94 cases were reported by the state as of 16th September 2006. About 74 % of the fresh market Spinach grown in the US comes from California Farm Bureau Federation. There has been previous bacterial contamination out breaks linked to spinach and lettuce grown in the state. Wisconsin accounted 32 illnesses, about one third of the cases, including one death. CDC warned that boiling contaminated spinach can kill the bacteria but washing won’t eliminate it. (Hindustan Times daily Newspaper)6.

A total of 92 samples were randomly selected for the study from different socio-economic class shops. Technically competent analysts at CART, Delhi, analyzed all the samples. The Samosa and Panipuri samples were collected from high socio economic restaurants, Medium socio economic shops and Low socio economic stalls, roadside shops on wheels located in West Delhi, Central Delhi and South Delhi. These samples were collected as these were being sold to consumer (get it packed by the vendor) and were immediately brought to the laboratory in a thermo cool container. All aseptic precautions were taken during preparation, processing and biological examination of each sample.

List of Shops from where the samples were collected:

Panipuri: Two number of puri were taken and hole is made on the top, approximately half tea spoon of red chutney was added to both, 2-4 potato/chenna piece was placed inside and filled with green water as being served to the customer and then they were crushed & 10 g of thus prepared sample mixed with 90 ml sterile normal saline to get 10-1 dilution, this solution further serially diluted up to required dilutions as in IS: 10232:20037.

Samosa: The Samosa samples were crushed in a mixer, thus crushed samples were placed in a 90 mm petri-plate and placed in an oven previously heated to 80 ± 2OC for 2 hours for drying. From the dried sample oil was extracted by using Petroleum Benzene (boiling range 40 to 60 OC).

Analysis of Samples for Food Safety

Bacterial Count in Panipuri: Panipuri samples were examined to estimate Total Plate Count (TPC), Coliform Count (CC) & Escherichia coli Count (ECC) as per standard methods prescribed by the IS: 5402: 20028, IS: 5401(Part-1): 20029 & IS: 5887 (Part-1): 200010 respectively. TPC was estimated using Plate Count Agar (Himedia, code-M 091), While characteristic colonies of Coliform on Violet Red Bile Agar (Himedia, code-M 049S) were purplish red with diameter at least 0.5 mm, surrounded by a reddish zone of bile precipitate and E.coli colonies on Eosine Methylene Blue (EMB) (Himedia, code-M 022) appeared as a dark center giving a distinct indelible-ink, greenish black metallic sheen on deflected light (Deepa Jolly and E. Nanu11). The bacterial counts per gram of sample were estimated by multiplying the mean cfu count of the sample in duplicate plates with the dilution factor and expressed as log10 cfu/g of sample.

It is concluded that the quality of food samples such, as Panipuri and Samosa from all the outlets/shops under study were not safe for consumption. There is a need to educate the manufacturers to maintain the hygienic standards. It is also felt that such samples must be analyzed frequently at designated & accredited food testing laboratories to evaluate their quality and safety. There is need to increase the awareness to the consumers by all the stakeholders in this regard. 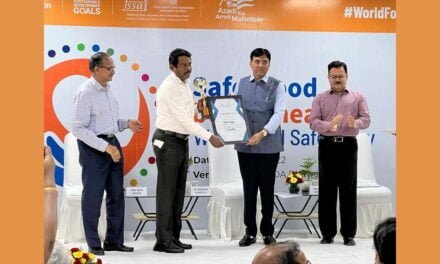 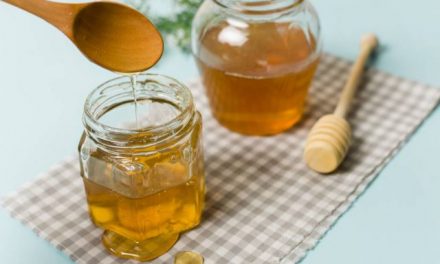 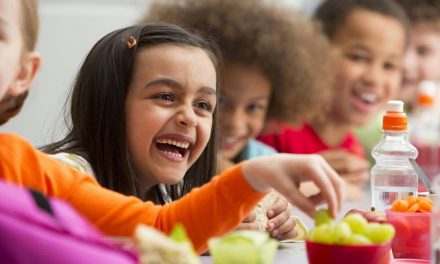