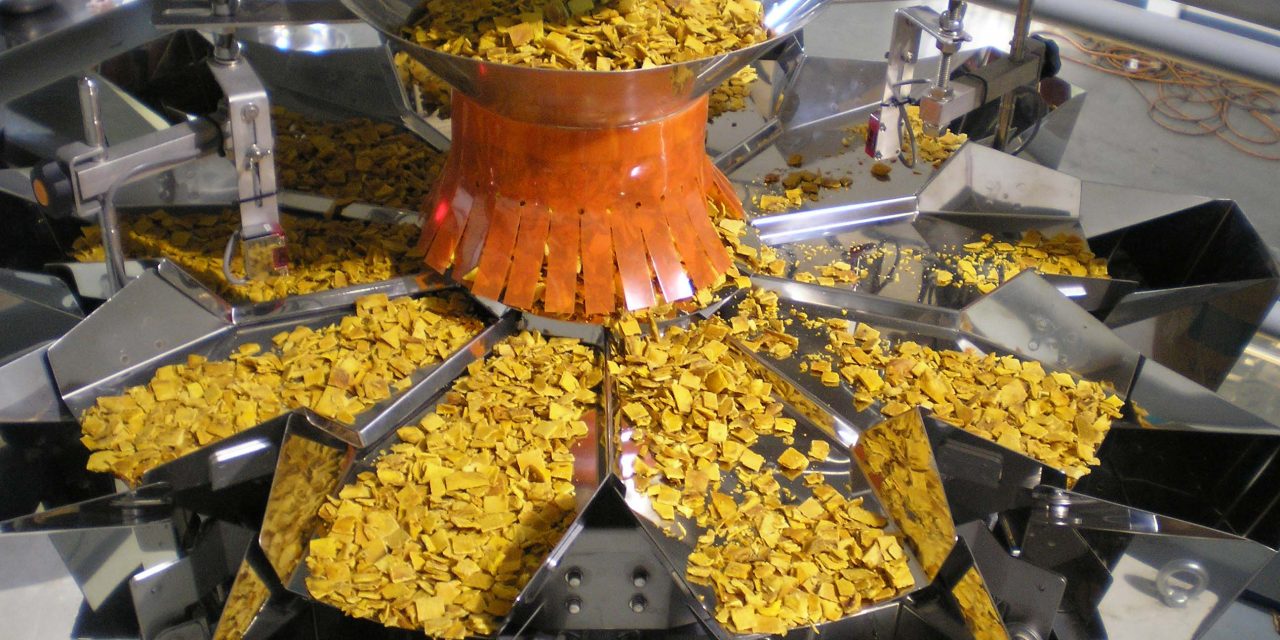 We are talking about becoming 5 trillion USD by 2025, and to achieve that Govt has already identified food and agriculture as one of the key initiatives to focus on. Very shortly we will see, MoFPI churning out yet another document called Vision 2030 aligned with this objective, no matter even if we have not achieved vision 2020 targets, writes Rajat K Baisya.

Our Vision 2020 for the Food Processing industry developed by the Ministry of Food Processing Industries, Govt of India, in consultation with the key stakeholders. It was always fashionable to discuss in all seminars and conferences related to food and agriculture about our ambitious objective to achieve as captured in vision 2020. We always set ourselves to achieve ambitious targets as opportunities are always seen as much bigger. But in reality, we don’t achieve that. Reality always is different than expectations. Hardly have we seen that real-life performance exceeded the expectation. In businesses, however, our budgets and targets are often exceeded. The reason being targets are set realistically aligned with resources required to achieve that and non-performance will not be accepted in business without valid reasons. But that is not the case with planners at the national level. Ministries set an ambitious target to suit the policies and commitment of parties in power which often go erratic.

We are now about 2.5 trillion USD economy but already started talking about becoming 5 trillion USD by 2025. And to achieve that Govt has already identified food and agriculture as one of the key initiatives to focus on. Very shortly we will see, Ministry of Food Processing Industry churning out yet another document called Vision 2030 aligned with the objective of the central planners and there will be new milestones, no matter even if we have not achieved vision 2020 targets. The problem starts with the fact that there are no serious analyses regarding what constraining the non-achievement of the expected growth. No doubt that the food and agriculture sector is very important for our country’s growth and prosperity as over 70% of our population still lives in villages and over 50% of the total workforce still engaged in agriculture. Food processing industry is always considered as a very important sector for the country’s economy and for providing jobs to the rural workforce. Even now when the economy is showing a growth rate of 4.5 to 4.8%, the avenues to improve GDP growth rate and create new job opportunities, the agriculture sector is considered as one of the growth engines in the Indian economy.

Ministry of Food Processing Industry and Ministry of Human Resources Development are two new ministries introduced in 1988 by Late Rajiv Gandhi when he became the prime minister of the country with a lot of expectations. Ministry of Food Processing Industry has an annual budget of about USD 200 million or Rs 1400 crores to help promote this sector to grow faster. Although this is not a big budget but the ministry has been quite active in exploiting all avenues of growth offering loans, incentives, subsidies and also promotional activities although on a limited scale. Ministry of Food Processing Industries’ effort so far is seen always on the supply side in terms of creating food parks and setting cold chains. But industry effort has to be on the demand side where we are failing. Supply-side pressure will create ‘push’ in the market and demand-side pressure will create ‘pull’ in the market. The push will create stock pressure resulting in overstocking of trade, fall in prices, and increase in wastage and reverse flow of goods and loss of confidence of the food marketers. In fact ‘pull’ has to be higher than ‘push’ which is not happening. Otherwise, we will waste more than what we helped to preserve.

One of the most important goals of the ministry of food processing industries as documented in vision 2020 was to increase the export performance of the sector. To export, we need to be globally competitive which we are not.
At the constant price, all agricultural crops put together are valued at Rs 1278400 crores and out of which horticulture is Rs 420800 crores. Our horticulture is about 32% of the total agriculture. Our export is constant and import is increasing as shown in Table1. 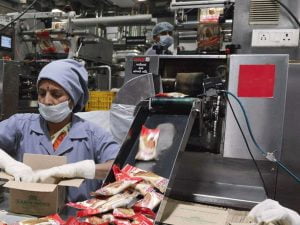 FDIs have not helped create new opportunities. It only captured more Indian businesses. About 20 foreign companies in the processed food sector own over 80% of the Indian processed food market.

While import can fluctuate for reasons beyond anyone’s control like the onion crisis that we faced recently, but export stagnancy for over a decade is the main concern. With export not growing, the food processing industry in India

The ministry of food processing industry’s effort or in other words government’s effort to improve the fate of our food processing industry is all directed to help promote the smaller guys in MSME sector and also influence FDI into the industry for the creation of new enterprise which can also help create new job opportunities. When new investment comes they also try and play in the same market opportunity and create further competition for small players in the local industry. MNCs have no interest in exporting from India, they are prima facie interested to capture domestic opportunity and help it grow to create wealth for their shareholders.

They have operations in other countries and they even need permission to export for the simple reason that they will create competition among themselves which will be counterproductive. The FDIs that are coming, mostly entering the Indian market by acquiring a running small and medium scale domestic players and we have seen many such acquisitions even in this decade ending 2020. And in that list, we can include the acquisition of MTR Foods by Orkla of Norway, Fun Foods by Dr Oetker of Germany, Kohinoor Foods by McCormick of USA.

These acquisitions are all in the SME sector during this decade. In this decade we also lost control of large dominant players like United breweries to Heineken of Netherland, United Spirit to Diageo of United Kingdom. FDIs have not helped create new opportunities. It only captured more Indian businesses. About 20 foreign companies in the processed food industry own over 80% of the Indian processed food market. Doing business in India is not easy, acquisitions of successful Indian businesses are a better strategy for success. That is what foreign MNCs are doing. See, even companies like Walmart and Metro have not been able to make success stories in their wholesale and retail trade. Walmart has already announced that it would like to close down wholesale stores in India.

This boils down to the fact that the growth of the food processing industry has to come from the small domestic players in the MSME sector. Govt’s effort seems to have not done much to them. The entire effort of the Govt in terms of achieving the objective of Vision 2020 was directed towards impacting the supply chain. On the demand side, there was no impact. The global demand has to be captured by the smaller players by being more competitive which is not happening. The Indian domestic food processing industry is not globally competitive. AIFPA, managed by a few unsuccessful people in their businesses only does the annual ritual during the budget time to request Govt to reduce tax which is already reduced.

The tax reduction is not going to make the smaller players globally competitive. If we are not becoming a global player we will remain in the same state for years to come. Small growth in processing and in value addition as reported are on account of domestic market growth. The countries which are doing well are all lead exporters. The government’s Vision 2020 thus remained unrealised. To realise that vision we need to be global player and for that, we need to be globally competitive. Let us plan vision 2030 keeping this factor in mind that only supply-side intervention to reduce wastage by preserving and storing more will not work. We need demand-side intervention and that can happen only if our small industries can create a competitive advantage by becoming more cost-competitive.

The author is the chairman of Strategic Consulting Group and served as Professor and Head of the Department of Management Studies, IIT Delhi. His research areas are marketing, strategy, project management and international business and he is an internationally well-known consultant in these areas. Prof Baisya is also the president of Project & Technology Management Foundation. 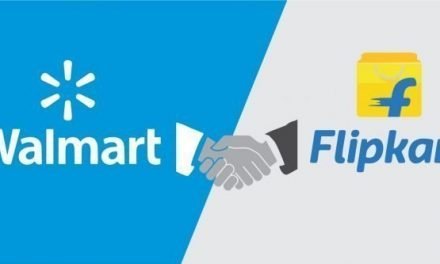 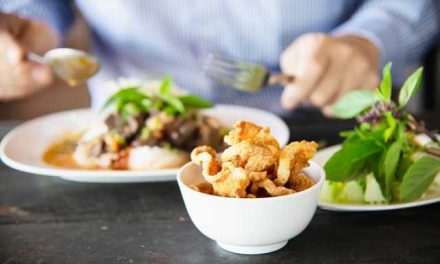 Moving Towards a Healthy India: FSSAI Takes the Lead 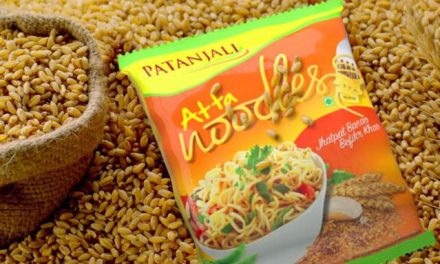 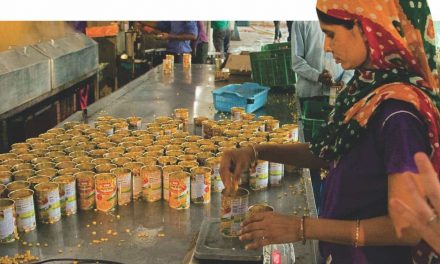