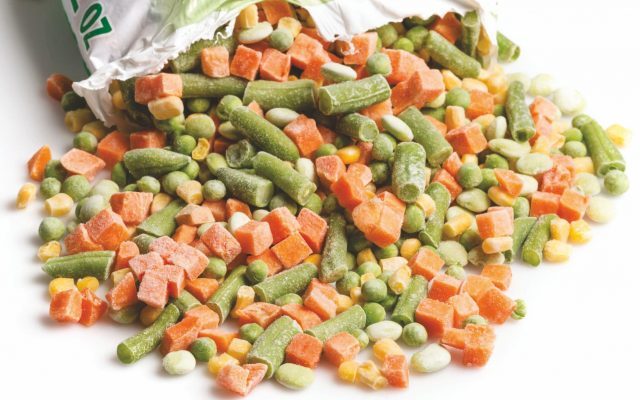 Growth in frozen foods in two directions, one in frozen dinners which only need to be heated and consumed and secondly in frozen ingredients large proportion. As more people rely on either ready-to-eat or outside food, frozen foods being extremely convenient is getting ahead, writes Jagadish Pai

The global frozen food market is around US$ 300 billion and is expected to grow at about 4% annually. World over more women are working and have more income which has given them less time for cooking. They want either ready-to-eat or convenient ingredients. Frozen foods offer both. There are frozen TV dinners as well as excellent frozen meat, fish, poultry, vegetables, etc. which are of high quality and easy to prepare into various dishes, offering both convenience and quality.

Although the largest market for frozen foods is North America, the rise in the frozen food market is led by Europe in recent years followed by good increases in the Asia Pacific. India and China are showing remarkable increases. Growth in these areas is due to the tapping of many untapped markets and the changing economic and cultural scenario in these areas. Lifestyles are changing with large urbanisation taking place. People also have more disposable income. They want to spend more time with family and entertainment than with drudgery of cooking. This has spiked the growth in all processed foods including frozen foods.

Growth in frozen foods in two directions, one in frozen dinners which only need to be heated and consumed and secondly in frozen ingredients large proportion of which goes for the foodservice sector like hotels, restaurants, fast food outlets, caterers and canteens. As more people rely on either ready-to-eat or outside food, frozen foods being extremely convenient is getting ahead.

The Indian frozen food market was a bit late starter but is catching up rapidly. Earlier the only frozen food one saw here was ice cream but now we are seeing all kinds of frozen foods in the Indian market. About two decades ago with government encouragement, some companies started meat and fish frozen products. There was also an effort to export these products. We not only see fish, meat and vegetables which are cut and trimmed and cleaned and frozen but also we see frozen pizza, paratha, samosas, french fries, etc. and even such things as complete dinner ready to heat in the microwave and eat.

Frozen foods have offered a lot of convenience in terms of saving time and efforts in cleaning and trimming, while the products such as paratha etc. will not just save time and efforts but also avoid having culinary expertise and knowledge as well as getting all the ingredients necessary for the preparation of the food product.

Along with the exports, steady growth in demand was seen in India for processed and frozen foods. Although the Indian market is just about one percent of the global market standing around US$ 300 million (a little over Rs 2000 crores) it is growing rapidly and is expected to at least double to over US$ 750 million over the next 4 to 5 years. Some estimates show the higher market size of over US$ 1 billion with growth figures of 10 to 17% have been predicted by different market gurus.

How freezing slows down spoilage

Fish, meat, and vegetables are all perishable commodities and so if one keeps them for long they will lose their sensory and nutritive quality initially and then will lose microbial quality and will spoil becoming unfit for human consumption. These changes take place as in all these natural substances there are enzymes and microbes naturally present. They are acting as the foods are kept and if one makes the conditions of storage not conducive for these changes the rate of change will slow down. As enzymes and microbes need water, we have seen earlier that when water is removed by drying these changes will slow down or stop for a long time. Similarly, they also need temperature suitable for their growth and so if you lower the temperature their rate of growth and activity will slow down and at the sufficiently low temperature, they will stop for a long time.

Comparison of chilling or refrigeration with freezing

Ambient temperature may be around 30°C although may change depending on geography and season. This temperature is ideal for growth for most microbes and enzymes. When we keep fruits and vegetables and milk in refrigerator the temperature is lowered to about 4 to 10°C and their activity is slowed down. This is also called chilling. Freezing is usually referred to as temperatures below 0°C at which water freezes. Commercial food is best frozen at –18°C. One must remember that although freezing almost stops all microbial activity in foods there are still some microbes that can grow at extremely low temperatures although at a slow rate. So even frozen foods have a limited shelf life.

Freezing is carried out as rapidly as possible to limit the changes that take place in the produce. When fruits and vegetables are harvested they still are respiring and enzymic changes are taking place in them continuously. These need to be arrested until the temperature reaches low due to freezing. Some fungi also can grow before the very low temperature is reached in freezing. Blanching of vegetables is carried out by dipping in hot water or using steam that kills fungi and deactivates the enzymes. Some enzymes in fruits need to be stopped by non-thermal means as heat may cause undesirable changes in them. Ascorbic acid is useful to stop these enzymes.

Freezing is done with cold air which is forced on to pieces of fruits, vegetables or meat, and fish. The air cools it rapidly but also sometimes takes away moisture from the surface causing freezer burn. So slower cooling without the flow of air is carried out. When pieces are smaller the freezing is more rapid. Also if the surface of food is in contact with the metal cooling surface the rate is faster as in accelerated freezing.

Nowadays dry ice or liquid nitrogen is also used in specialised applications where the freezing rate is extremely rapid and freezing medium evaporates without leaving any residue. Produce is rapidly frozen to –18°C where it can remain for a long time. It is very important to maintain low temperature as any thawing can result in an increase in the size of ice crystals when refrozen but sometime spoilage may take place. 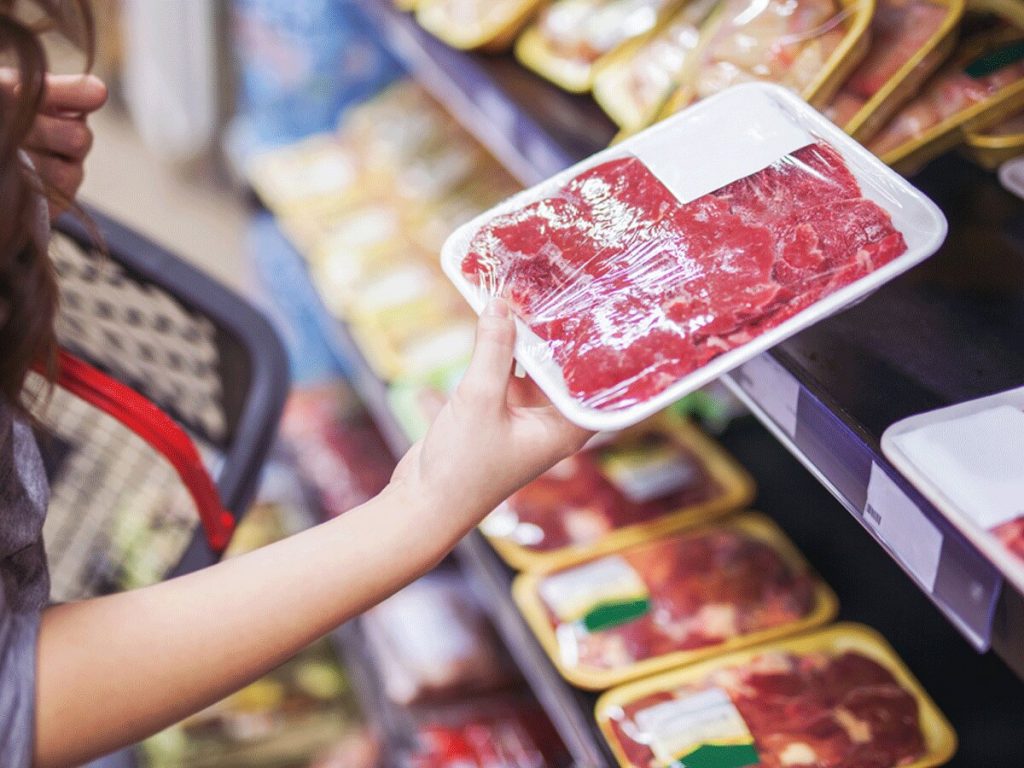 The Indian frozen food market was a bit late starter but is catching up rapidly. About two decades ago with government encouragement, some companies started meat and fish frozen products.

Effect on foods during frozen storage

As most microbial and biochemical processes are slowed down drastically, food does not undergo many changes due to these. However, there are some other changes that may take place. As water turns to ice, there is an increase in volume so if there is a large amount of moisture in food, as the tissue water becomes ice, tissue structure may disintegrate and upon thawing original shape may not be regained. For example, fruit pieces after frozen storage, when thawed may become mushy or too soft. Hence fruits are not normally frozen. Tomatoes become very mushy. Even lettuce loses its snap when frozen and thawed.

As lowering the temperature slows down biochemical and microbial changes, foods retain their quality both in terms of sensory as well as nutritive values. Even though some losses are seen in preliminary steps prior to the freezing process due to blanching etc. overall the frozen stored foods have the same quality as compared to fresh foods.

When you have a garden in your backyard and you freshly harvest vegetables and cook them you will probably get the best quality not matched by frozen vegetables. However, when vegetables are to be grown in fields far away from cities and transported for hundreds of kilometers to markets and may sit in godowns or warehouses for many hours if not days, then their nutritive and sensory values are lost to a great extent.

They are called fresh only because they are raw and not processed. They are even harvested before they reach the peak of their quality because then they are harder and can withstand the mechanical damage of transport and storage.

Frozen vegetables when harvested are at their peak quality and there is a small loss of vitamins due to preliminary treatments. However, according to scientists at the University of California, Davis found that Vitamin C of fruits and vegetables studied was higher in frozen samples in some while others showed no difference. Similar observations were made in the case of riboflavin, and beta carotene.

When in the season the fruits and vegetables are inexpensive but when the season is over they become quite expensive. Similar variations are seen when farmers get bumper crops while prices crash while when the crop is not good prices shoot. This sudden change can affect farmers as well as consumers adversely economically. Frozen foods are produced in large quantities when the crop is excellent and this can last for several months so it can smoothen the ups and downs of the market. Also when agricultural produce is processed most of the waste remains near the factory which is usually situated near farms and that could be used for animal food. Cities where only edible portions go, the waste generated is much less.

Cold chain and storage in retails and homes

India did not have a good cold chain for many decades. Even after bringing to market place, retail had less capacity of the cold store as well as awareness was less. Even the supply of constant electricity was a problem. At home, the refrigerators had freezer compartments only for ice.

Now it is getting better so when food is chilled after harvest and stored till processed into frozen food and then transported while frozen in refrigerated trucks or trains. Market places also have adequate cold facility and consumers also have deep freezers to store them till consumption so the chain is more complete now for better utilisation of frozen foods with better quality retention. Even such things as the ice cream are being delivered using dry ice-cooled boxes.

Originally frozen foods were marketed as high-quality frozen ingredients such as fruits, vegetables, meats, fish, and others. There was also demand from consumers for some convenience so there were products which were sectioned, seasoned, and also with some other ingredients. These were all products that were basically preserved high-quality ingredients that were as good as fresh in sensory and nutritive quality.

However, there are also many products that were almost finished and ready to just heat and eat. Some products were also made partially so they needed final cooking or baking or frying such as parathas, samosas, french fries, pizzas, etc. The epitome of the convenience was the TV dinners which have all portions of dinners including vegetable, bread, meat, dessert, etc. The latter products are marketed more from convenience points rather than quality or nutrition points.

A huge boost is given due to an increase in Indians eating out or ordering food from outside. As more housewives are working and also those who are home-makers want to enjoy more time with their families and friends rather than cooking, this trend is seen. Restaurants and fast-food chains also prefer to use many of the ready ingredients put together and finish cooking to serve their customers without making them wait. They also save a lot of space and manpower when they use these frozen ingredients which remain in excellent condition for a long time. 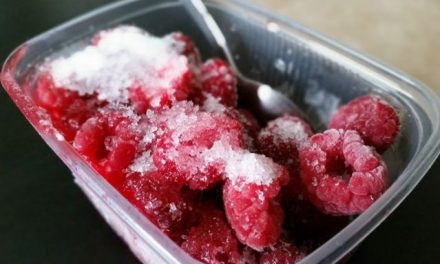 Importance of Freezing and Cold Chain in Food Production and Distribution 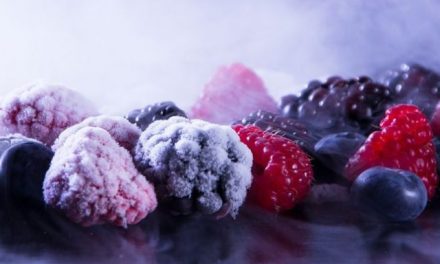 Various Methods of Freezing Used by the Food Industry 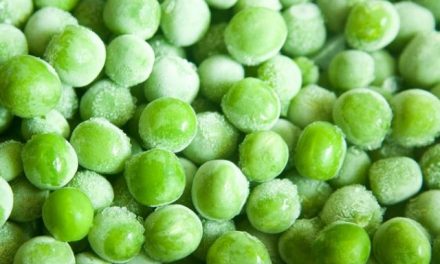 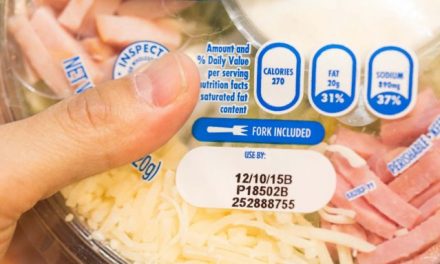