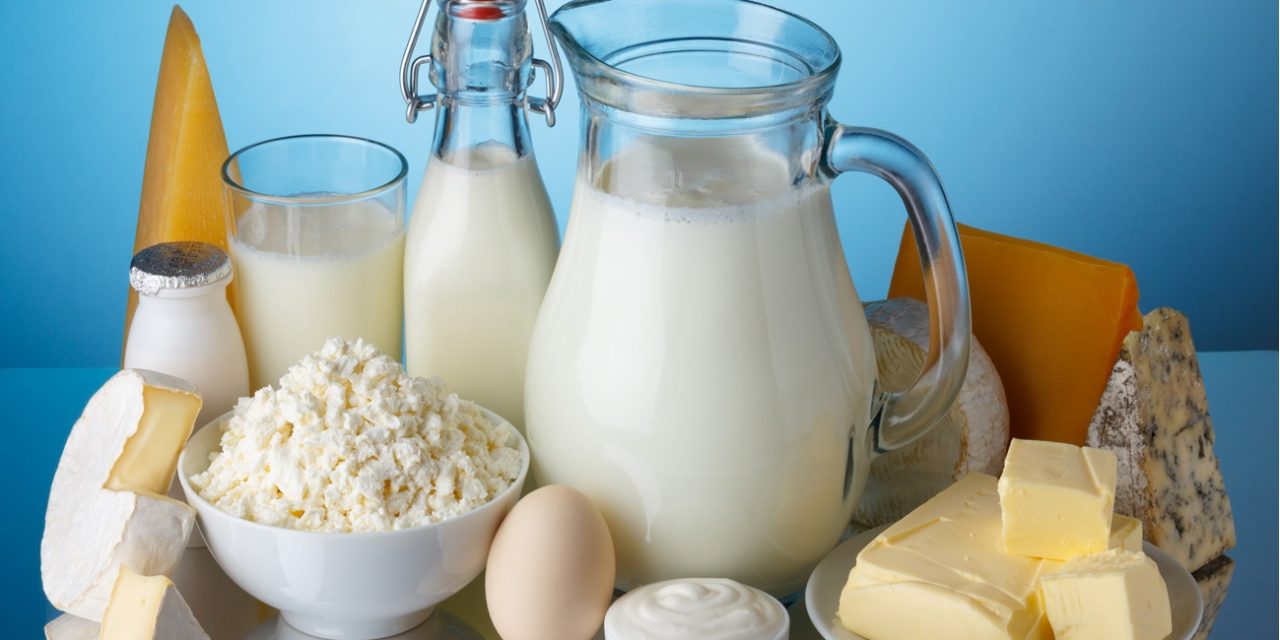 As the milk production was sufficient to service the domestic demand, the Indian dairy sector has the potential to emerge as a significant player in the export of milk powder as well as other value-added milk products. In the current global trade environment, it makes good sense to increase the export of products where we are cost-effective and dairy products are the good candidate, opines Rajat K Baisya.

India’s milk production is growing by 35.61% during the last six years to 198.4 million tonnes in 2019-20, says the Economic Survey. “Milk production in the country has increased from 146.3 million tonnes in 2014-15 to 198.4 million tonnes in 2019-20,” the survey said. Compared to 2018-19, it has increased by 5.70 percent according to the government data. India thus accounts for about 17-18 % of the global milk production which itself is a significant achievement considering our breed and traditional methods of cattle rearing and feeding. It also added that as per a study on the demand for milk conducted by the National Dairy Development Board (NDDB), the estimated demand for 2030 at an all India level is 266.5 million metric tonnes for milk and milk products.

That India is having surplus milk production can be traced from the fact that during last decade India imported 120000 MT of milk solids which is equivalent to a million tonnes of fluid milk considering about 12 % milk solids in the reconstituted milk. During the same period, the country has exported about 1 million MT of skim milk powder and casein which is roughly about eight times what India imported despite being a new exporter of dairy products. The domestic price increase of milk during the last decade or so was only about 110 percent as against 115 % for other food products.

As production was sufficient to service the domestic demand, the dairy sector has the potential to emerge as a significant player in the export of milk powder as well as other value-added milk products. But this will not be happening without some policy intervention as well as improvement of cattle and farm productivity. As there are no avenues for the export of milk and milk products, many private players have either resorted to processing less fluid milk or even trying to squeeze the farmers by paying less for their milk. Milk is highly perishable and also a cash crop, farmers cannot hold or store the milk for trading at a later date.

If the market demand which also can only come through the export of milk solid and milk products is not growing, farmers’ income can never grow. And to export milk solids
to other countries, India has to be competitive in the global market.

Ministry of Food Processing Industry always has been advocating the need for foreign direct investment in the food processing sector including the Indian dairy sector. Dairy industry is one sector where we have both large investment as well as technical capabilities. We also have excellent dairy equipment and packaging system manufacturers capable of setting up world-class dairies, if the investment comes through. FDI only cannot help without an export guarantee. Without export, any increase in production will only further reduce the milk procurement price and farmers losing out in the process for lower price recovery.

Dairy product consumption in India particularly western-style products like ice cream are not that high. We consume more dahi than ice cream. If the ice cream price comes down drastically the domestic consumption might increase. Late C.K Pralhad advocated that we should produce ice cream at Rs 5 a cup to make it affordable to a class belonging to ‘Bottom of the Pyramid’ which of course, has not happened and that needs an elaborate discussion in yet another article for tracing the reasons why?

Otherwise, as it stands, per capita consumption of ice cream is 28 liters per annum in New Zealand and 21 liters per year in the USA as against just 0.3 liters per year in India. It is, therefore, unlikely that unless a drastic reduction of price so that lower-income group people also starts consuming ice cream there will be any significant increase in the category growth. Hindustan Unilever through a series of acquisitions could get a reasonable foothold in the ice cream segment. The only other global player is Danone which has a significant presence in Indian dairy sector but they are not in ice cream. Danone’s focus is more on probiotic.

The domestic players who can be considered as reasonable success stories are Hatsun Agro in the south and Vadilal in the west. The remaining players are having all the local markets. The countries which have a significant presence in the dairy sector and are keen to get access to the Indian market are Australia. New Zealand, Netherland and Denmark and quite often we see them actively scouting around for opportunities in Indian dairy industry. 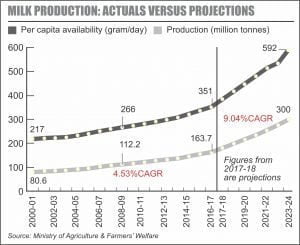 The private players have to drive the growth as the cooperative movement had started with AMUL and it is restricted with that only and that too in Gujarat. Amul now has become a monolith and can dictate terms to others to follow on as they can call the shot and restrict the price increase.

Earlier, most large dairy plants in the private sector could not sustain and end up in closure. NDDB and Mother Dairy had control of the industry. Britannia tried their hands with foreign collaboration but did not succeed and have limited presence. Nestle, the world leader in food have many products in the market –particularly in baby food, weaning food, and other dairy products like dairy whitener and condensed milk. Smith Kline Beechem has its age-old product Horlicks. Complan from Heinz is now up for sale. In this sector, all players who are thriving are very old and operating for the last several decades.

To get access to the overseas market we have to be competitive and that is possible only if we increase productivity. Breed improvement, feed optimization, and good management practices are the key drivers for the increased competitiveness of the Indian dairy sector. Over the years breed improvement and cross-fertilization can lead to an increase in milk yield as well as extended lactation. Animal nutrition is undermined by feed and fodder quality and scarcity as well as lack of knowledge of the farming community. The large population of cattle also accounts for an estimated of 11 % of the gross greenhouse gas emissions( GHG).

And India has the distinction of having the world’s largest cattle population. Hence increasing the cattle population with a low yield cannot be the solution. India needs a high yielding breed. If productivity increases and the cost of milk decreases we can become competitive and can get access to the global market for dairy products which can help also in increasing in the farmers’ income. In Rajasthan where we now have a Ministry for cow and it is said that there is a market for cow urine.

Farmers are collecting cow urine keeping awake whole night so that urine does not fall on the ground and selling that urine at a price ranging from Rs 13 to Rs 30 a liter which is even higher than milk price, the report said and that has become an additional income for the farmers. But this may only be possible in Rajasthan where the cow is worshiped as God and not anywhere else. And this also maybe for just creating news and there is no substance in it.

In the ultimate analysis, therefore, the growth hinges on finding a market for dairy products which again can happen only if the Indian dairy sector is more cost-competitive which in turn will depend on numerous factors including milk yield and productivity as well as policy support of the government to stimulate export. While writing this article I find an announcement that ‘the government has decided to provide the export incentive of 20% to ship out nearly 1.5 lakh tonnes of skim milk powder(SMP) to address a glut, which has resulted in crashing price of milk in recent weeks.

The total stock of milk powder is estimated at 3.5 lakh tonnes’. While this is an adhoc decision to find the market for the surplus stock which industry was not able to sell resulting in the price of milk going down as predicted impacting farmers, but we need a comprehensive package for the growth of the Indian dairy sector which holds a big promise.

Arvind Panagariya former Vice Chairman of Niti Ayog wrote recently that despite repeated assertions that ‘Make in India for the World’ but in reality, it is now ‘Make in India for India’. Global trade forces pushing India to go back for the old regime of import substitution to reduce the import bill. In the current global trade environment, it makes good sense to increase the export of products where we are cost-effective and dairy products are a good candidate. The rupee is becoming weak and has already touched Rs 70 against USD which will help exporter and what will be the impact of weak Rupee in the processed food sector in India will be covered in the next article. 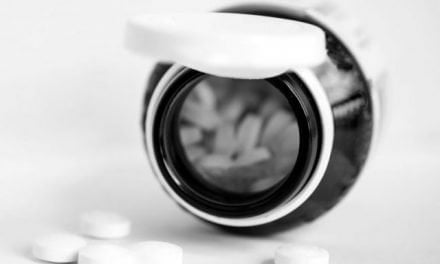 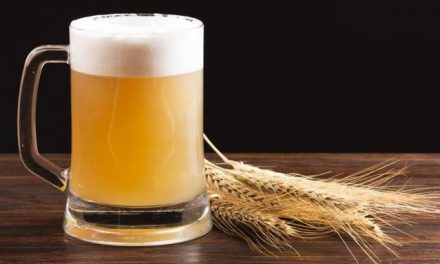 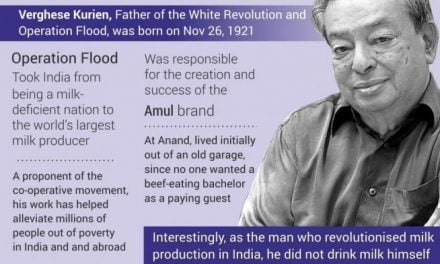 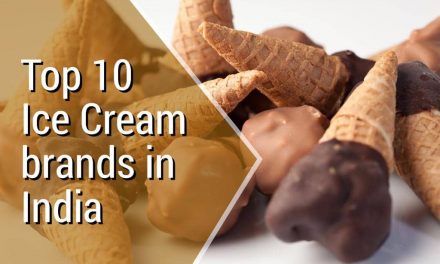